Winner of the Emerging Queensland Writer category in the 2017 Queensland Literary Awards.

author of The Birdman’s Wife.

The Killing of Louisa
Short-listed for the 2019 Davitt Awards in two categories. 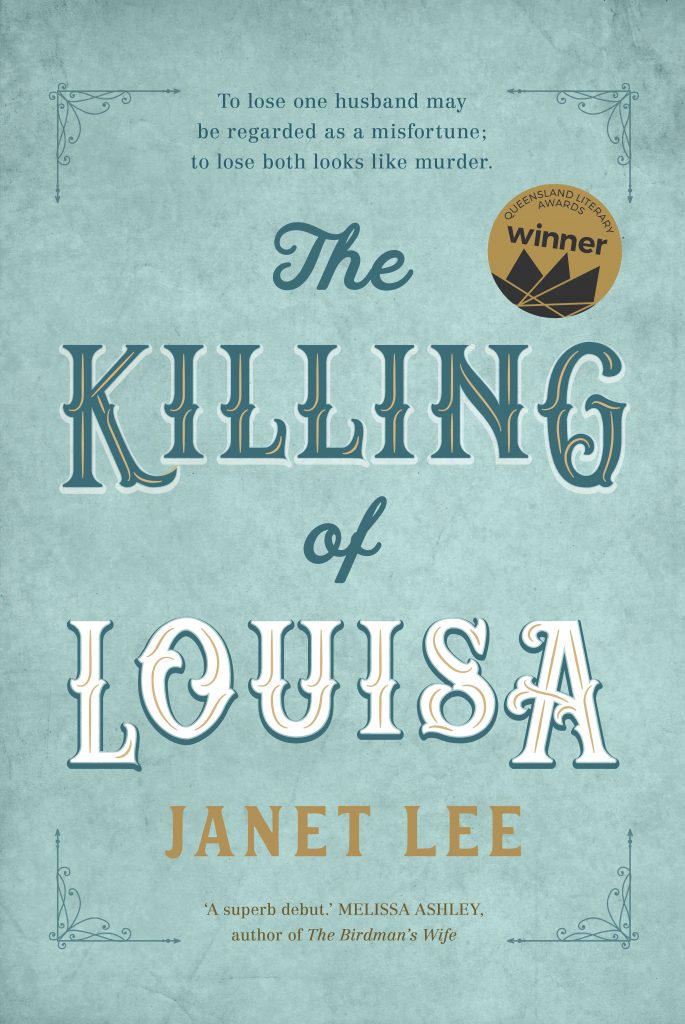 In New South Wales in 1888, Louisa Collins was sentenced to hang after being tried multiple times for the alleged murders of her two husbands. The testimony of her young daughter helped decide her fate.

This clever and compelling novel recreates Louisa’s time in her Darlinghurst prison cell as she reflects on her life and on the grief and loss that delivered her to this place.

Despite difficult marriages, financial hardship and the deaths of several children, she remains resilient and determined to have her own identity.  But as she faces her final days will Louisa confess to her crimes? Or is an innocent woman about to be hanged?

‘Lee’s meticulously researched recreation of Louisa’s own testimony is an authentic and compelling read.’
MELISSA ASHLEY,
author of The Birdman’s Wife

‘Like listening to a ghost of the past, Janet Lee inhabits the heart and soul of Louisa and makes her speak again.’
‘Her story will haunt you for a long time.’
ROHAN WILSON,
author of The Roving Party